We're looking for boys and girls ages 4+ to come skate with us.

Are you thinking about having your child play hockey? Have questions?  Please let me know.  Anthony Anderson 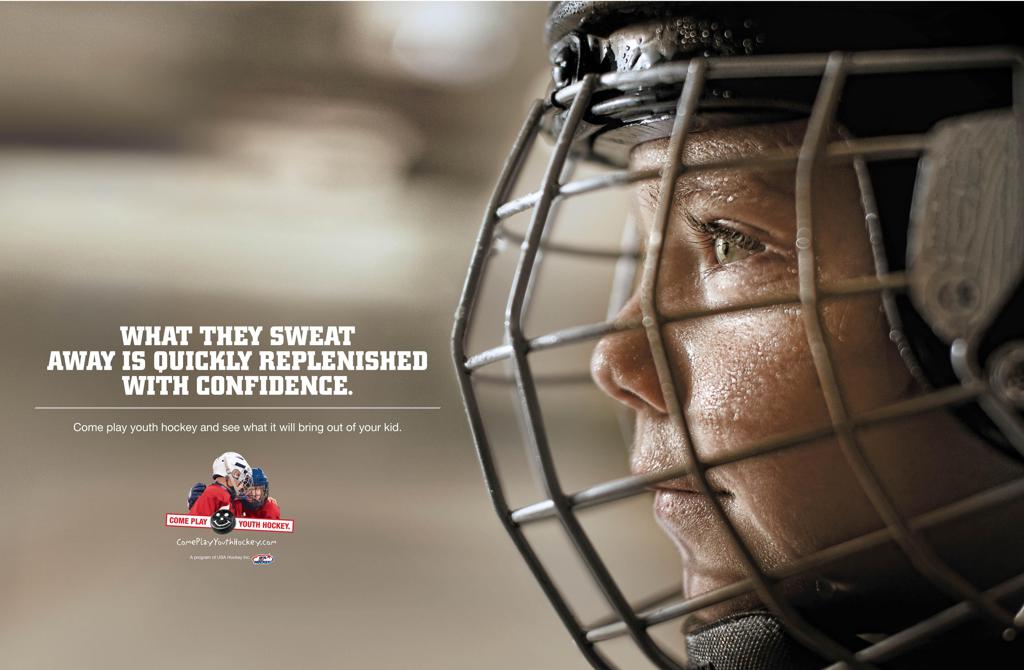 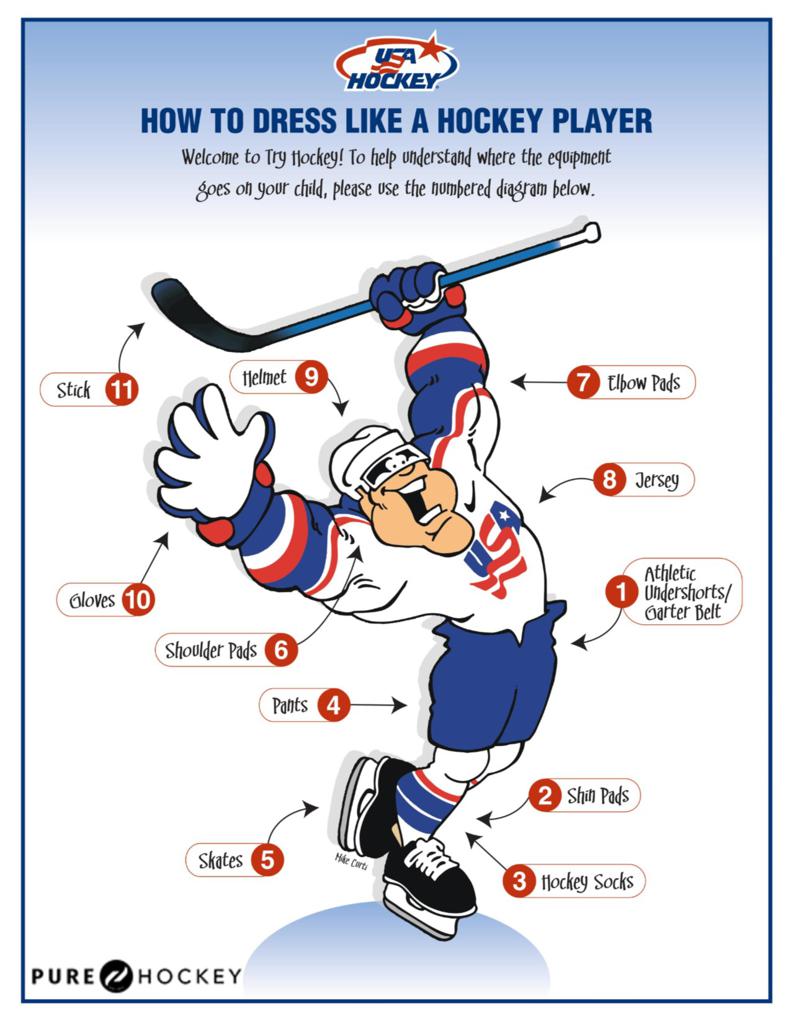 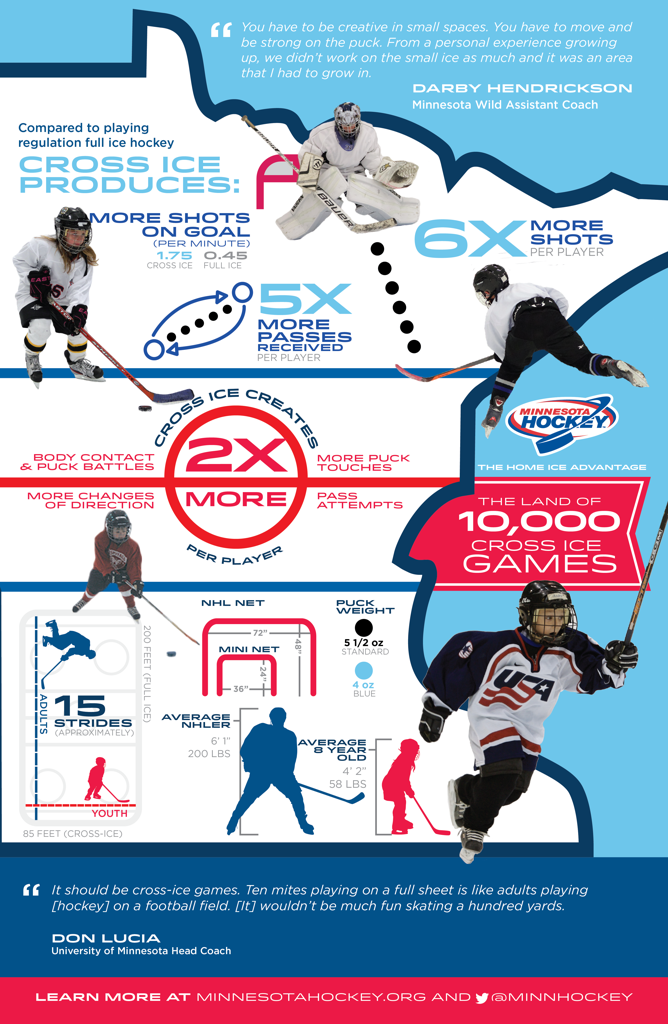 Breaking (Up) the Ice - from USA Hockey

Playing hockey on a cross-ice or half-size “rink” seems to make sense for the 8 and under crowd. All other youth sports—football, basketball, baseball, soccer—reduce the size of the playing area. But since this spring, when USA Hockey announced it as the official new norm for all 8 and under players, you can’t go to a rink without overhearing plenty of chatter, questions and complaints on this topic. We asked a USA Hockey representative for help with parents’ biggest concerns.

Benefits: Get in the Game

I’ve actually seen the benefits of playing cross-ice in action as I have one son who learned before the ADM was in place (and played on full ice from age 5), and one who is learning now. But I overhear tons of talk about the smaller playing area and realize that it’s a concern for other parents. So I jotted down some of the most common questions and brought them to Joe Doyle, a USA Hockey Manager for the American Development Model.

Q: What if my kid—who is extra special—is ready for full ice?
A: USA Hockey’s position is that no 8 and Under players are “ready” to play full ice games. “Ready” is in no way a knock on the players’ skill level or skating ability. It is merely the fact that the smaller surface is age appropriate, and it is in the best interest of any 7- or 8-year-old—developmentally and fun wise.

Think of it this way: Could an 8-year-old run 90 feet down the first base path? Yes, but what would his stride look like the last 30 feet? That is why Little League baseball diamonds have 60 foot base paths—not to mention a shorter distance from the mound to home plate, 210 foot fences instead of 400 feet fences, etc. Soccer, basketball and football all shrink their playing surface and ball because it’s in the KIDS best interest in learning that particular sport’s fundamental skills.

Q: Is my super star being held back to benefit the average kids?
A: The “super star” is, in fact, put in a more challenging environment due to having less time and space with the puck—an environment that will more readily put her on the path to super stardom! At cross-ice and half-ice, he is required to play around and through players, learning real puck protection skills.

For Mites, full-ice hockey is commonly called “breakaway hockey” for good reason. The better player picks up the puck in his end, makes maybe one move, and then skates three-quarters of the length of the ice on a breakaway. That is not real hockey. The number of pivots, shots on goal, saves and true hockey plays that occur increase exponentially in cross-ice and half-ice games.

Q: How will my player get fit enough to skate full ice when the time comes?
A: This is exactly why they NEED to play cross-ice/half-ice at ages 8 and under—their bodies aren’t ready muscularly, physically, etc., to skate 200 feet and then have the energy to make a play once they get there. As their bodies grow and develop, they will become more physically able to play on the same surface that 6’4” men play on.

Q: How will they learn off-sides for when they become Squirts?
A: They’ll learn off-sides at the time they need to learn off sides—when they are Squirts. And it will likely take less than one practice or game for most of them to learn, especially for the kids who watch hockey on TV or who have older siblings who play.

Ever wonder how a full-sized sheet of ice looks through a child's eyes? USA Hockey put adult players on a hockey rink scaled to simulate what a child experiences when they play full-ice hockey. The results weren't pretty.